The One With The Jersey Boys/West Side Story: Valentine 1 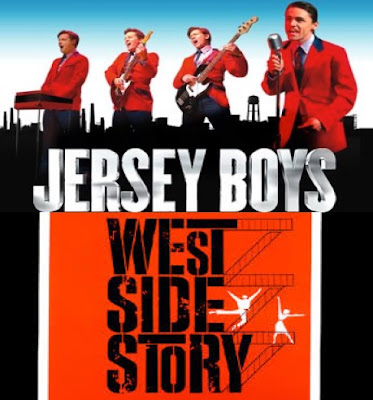 My friend, Karol, the writer/professor, told me that it is important to write elements that humanized the beginning of a relationship. She said, “You once loved something about him and readers look for that honesty.” So here it is... 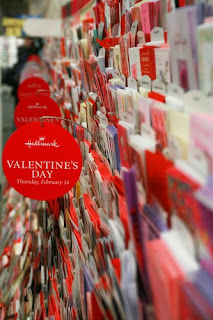 It’s 5:15 pm and I  was still in my office. I was waiting for John, but also, for the flowers he said he sent. They were supposed to arrive early in the afternoon. My heart skipped a beat when my phone beeped for a text message notification. John was in the lobby waiting for me. I hurried out excitedly, and when the elevator doors opened, I saw my handsome date, in a dark gray suit, a white shirt with a red and silver tie. We gave each other a kiss and a warm embrace. And then I gently pushed away, so I can look at his face, put the tip of my index finger on his deep dimple on the right cheek,  as I make a memory of him looking at me with that big smile of his.

The flowers did not arrive. John was upset. This is the first time I saw him frustrated and so unsettled.  I was quite touched by this. He said he really wanted me to  be surprised on our first Valentine’s date, and get a big “Awww” from people at work.

We only had an hour and half before “Jersey Boys” starts, so we decided to have a quick bite at the sushi place in the lobby of my building. Well, “quick,” it was not. The service that night was so slow, that when our meal was finally served, John and I ate  as if we were on a quick lunch break on a busy work day. I can tell John was not happy about it. He wanted this night to be perfect. 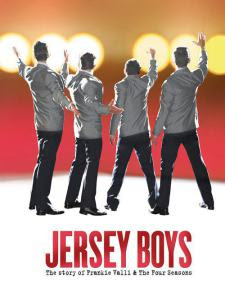 It only took us 7 minutes to walk from my building to The Colonial Theater. Walking fast in my 3-inch heels seemed effortless when there’s a strong arm you are holding on to. I never had that. It’s usually little people (my children) who are holding on to me.
The show was AMAZING! John and I were humming and singing to “Can’t Take My Eyes Off Of You,” “Who Loves You,” “Walk Like A Man” and more. There were  a few ladies who came in  with their bouquet of flowers. John said, “ If only your bouquet arrived on time like theirs...” He was also a bit disappointed that the seats he purchased were not that close to the stage. After all, tickets were sold out. 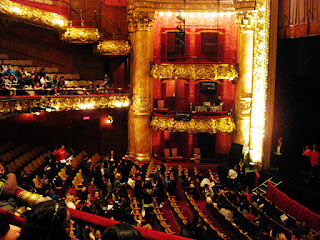 As much as I would have loved to have received my flowers, I was not envious of the other couples, even those seated at the front rows.  I just couldn’t believe I was out... on Valentine’s Day... on a date... with a man ... who can sing my songs...who is holding my hand... who is so in love with  me... and me with him!

It’s Friday, February 14th , 2014. John and I will be celebrating our second Valentine’s Day together! This time, he made sure nothing went wrong with his plan. But then, I thought last year was already perfect!

Unfortunately, it was my plan that got messed up.  The heart-shaped balloons and red-ribboned basket of chocolates and cashew nuts I ordered for him did not make it to his office on time.  It had been snowing for 2 days. Many deliveries were delayed and rescheduled. I would have loved for John to get embarrassed  by a big “awwww” from his colleagues at work.
John did not tell me where we were going that night. 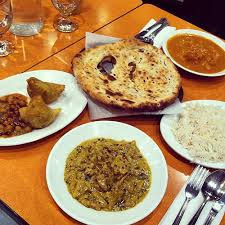 We first went to an Indian restaurant, which I was not so thrilled about since I am not a big fan of curry and strong spices. But as soon as I had a taste of the coconut naan, samosa and chicken biryani, I asked again for the menu! I wanted to look at what I can possibly order the next time we get Indian food. The service was slow, but neither of us was bothered by this. After all, it’s Valentine’s night, we were lucky we got a table. We finished our delicious dinner and I still did not know where John was taking me. We walked a couple of blocks on the snow covered sidewalks of Mass Avenue , holding hands until we stopped in front of the beautiful Boston Symphony Hall. 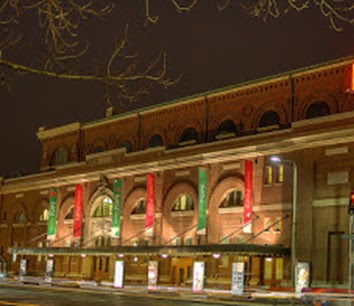 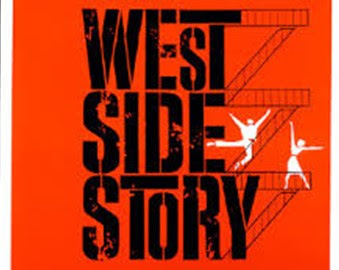 They are playing the movie, West Side Story with a live orchestra! I turned to John and hugged him tight and long. I can tell in his face he was happy to see me so pleased. And I was even more pleased that he got good seats... really good ones! Once again, as we watched the movie holding hands the whole time while listening to the grand accompaniment, we were both humming and singing to “Maria,” “America,” and “Somewhere.” It was an amazing two hours! 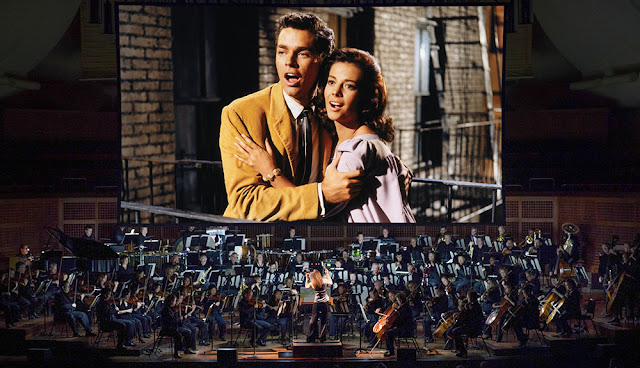 John and I took a cab since he parked his car by my building. I thought we were going home, but then he told the cab driver to drive a few meters more. You see, across my building is the Park Plaza Hotel! “Oh...My... God.” 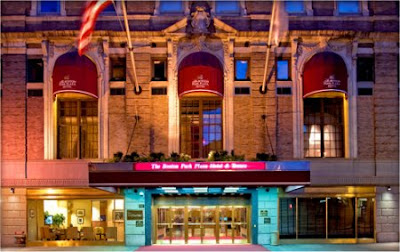 As if the night was not  marvelous enough , he opened the door to our 6th floor suite, and there on the bed was a bouquet of flowers and a box of chocolates! Another “Oh...My... God!” 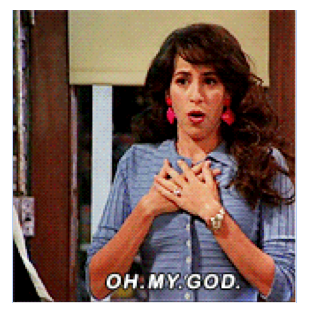 I was not sure if this was typical of a Valentine’s date. I have not had one for a long time, until I met John. But this for me, was the most wonderful of all. I felt so blessed! He surely was worth the wait.
John spent the entire weekend with me. He drove two hours back on a Monday, which was a holiday. Tuesday, the next day, I sent him this email. 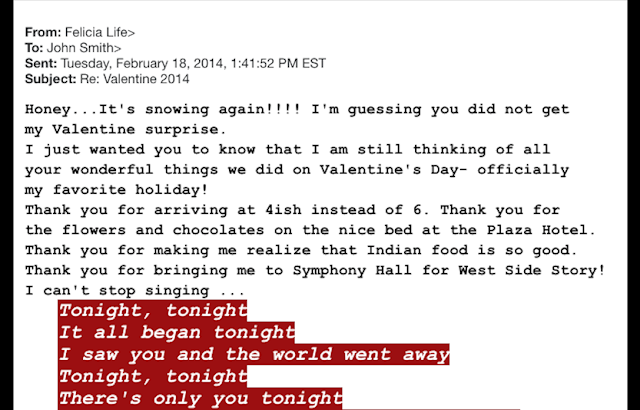 I must admit, this was painful to write. Karol would say, "At least you have good memories of him." But then, this is the same man who was recorded by scheming Lili, repeatedly saying how incompatible we were. The same man you can hear from Lili's phone, "I never loved Felicia!" (See blog entries "The Where I Was Plan B" and  “The One With The Black Panther”)
To be continued...Valentines 2, "The One With Trevor Noah/Crying in the Shower" 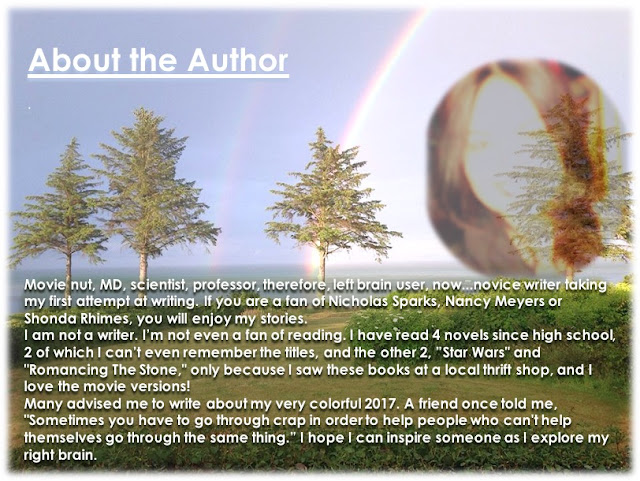 Unknown said…
This is such a beautiful story! I agree with your friend, at least you had good memories of him!

Unknown said…
Things like this can be so hard to remember, but I agree, it's nice to be able to look back with perspective at the good times. :)

Anonymous said…
This comment has been removed by a blog administrator.
February 19, 2018 at 12:21 AM

Anonymous said…
That was wonderful! It does make this story more relatable and more tragic.
March 1, 2018 at 4:40 PM

Anonymous said…
I loved reading your story. The visuals it created in my head were better than any movie. I’m sorry your heart was broken so badly. -W.H.
March 12, 2018 at 10:02 AM

Unknown said…
Your writing is beautiful. I understand how it is hard to look back at the good times when things got rough. These sound like amazing dates though!

Unknown said…
Sounds like there were some good memories. I hope that over time you'll be able to get over how everything ended up. It can be hard to look back on the good after the end of a long relationship.
March 21, 2018 at 10:04 AM

Unknown said…
It always stinks when you have such nice memories of someone who did you wrong. I guess you can be happy that you got to have such amazing experiences and that a nasty person is out of your life!
April 24, 2018 at 4:16 PM

Ally said…
Such beautiful writing, again. And yes, I do agree with your friend it always nice to have some positive memories of him.
April 24, 2018 at 6:11 PM

Teri - BeautifulMakeupSearch said…
I'd say you are having a great memory, no matter how painful it may be. It sounds like you have moved on, which is a good thing. I'm sorry for any pain.
April 24, 2018 at 8:35 PM

Lasha said…
It's awesome that you are at a place where you can retell your experiences. It helps with getting past them.
April 25, 2018 at 12:32 AM

Laura Dove said…
I am so sorry that you went through such sadness but its always admirable to find a positive in that loss. Lovely post.
April 27, 2018 at 2:37 PM